When Two Arts Collide
by
Cristina Hurley
http://www.cphurley.etsy.com
There are I two things I enjoy doing more than anything else in this world. I want to tell you a little bit about both because in some ways they are different and yet so similar to me.
One of them is making jewelry. I am very lucky to have found my creative calling at such an early age. It has been one of the most rewarding and satisfying aspects of my life. When my mom signed me up for a jewelry class back in 1990, I had no idea it would change my life forever, and put me on such a wonderful path of self discovery. Not only did I find my creative outlet, but I found what I wanted to do for a living, and what made me truly happy. There is nothing I can think of that makes a person more fortunate than finding a career in something they love to do, something they would even want to do for FREE. 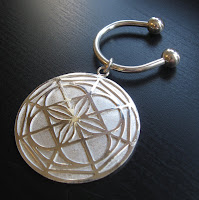 Sterling Silver Universal Pattern Keychain
The other is Kenpo karate, something I began to do relatively recently, and to my surprise I have grown to really enjoy. Kenpo has begun to give me that same feeling of fulfillment that making jewelry does.
What is so intersting is that I feel as though I did not find kenpo... I am starting to believe that Kenpo found me. I wasn't looking for anything new to learn but I now know that I had become complacent, and that I needed a new outlet for my creativity; I needed to grow and learn something new. My husband took me to a class at the kenpo karate studio he went to, and I figured I would give it a try. It was really hard but I wanted to give it a chance. It was definitely not second nature to me but my teacher, Craig Lowe, and the other students, were helpful and encouraging. 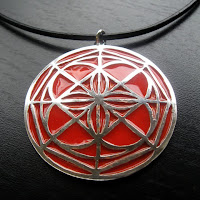 I've found something new and exciting to be passionate about, but I don't have to give up one for the other. Instead, I have found inspiration in one, kenpo, for the other, jewelry. I have been inspired to make pieces using the beautiful images created by the founder of this martial art, Ed Parker. One is the Universal Pattern, shown above in the silver and red pieces. you can see so many different shapes in the pattern. I find it to be so beautiful, and just had to do some pieces using it. 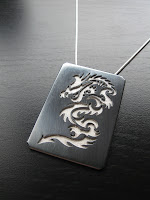 Kenpo also uses animals as symbols, the two most common being the tiger and the dragon. The tiger represents strength, the dragon wisdom. I was inspired by this to make this dragon pendant pictured above, and am working on designs for the tiger pendant as well.

I am so thankful to have these two arts in my life, both stimulate me mentally and physically, but in different and yet complimentary ways. I find so much inspiration in both, enough to probably last a lifetime!

Posted by Cristina Hurley Jewelry Design at 7:43 AM No comments: 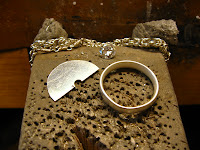 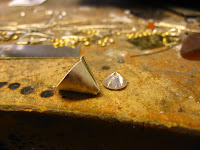 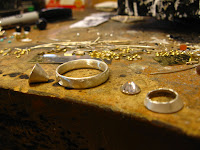 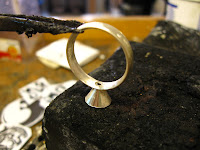 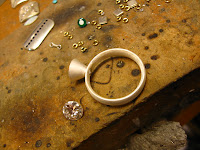 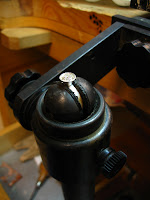 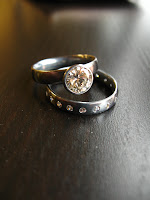 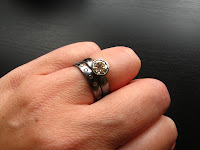 :)
Posted by Cristina Hurley Jewelry Design at 11:44 AM No comments:

Cristina Hurley Jewelry Design
I am currently working independently fulltime at home. I work for other jewelers, and for myself. I also work hard to take good care of my family, young and old. I love to cook, I love to sight see and explore new places and things. I love to try new things.

Promote Your Page Too